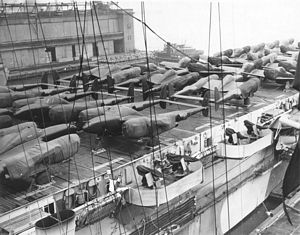 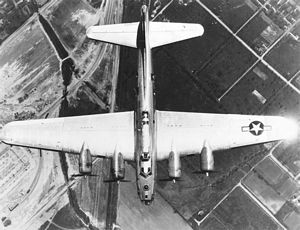 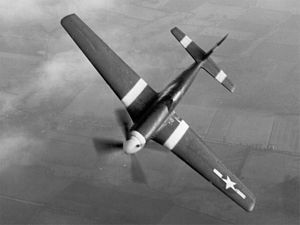 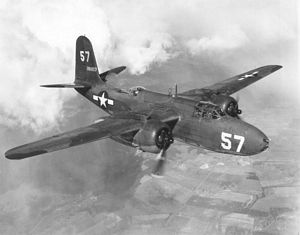 In World War Two, airplanes of all types - fighters, bombers, transports, etc. - developed rapidly. Biplanes saw action in the early years; jet aircraft zoomed through the skies over Germany in 1945. The Americans produced the "mostest of the bestest," that is, the largest numbers of generally superior warplanes.

While I started this site with a focus on WW2 fighters and aces, my interests have spread out - to include the First World War, the Golden Age of Aviation between the wars, and even some post-war jet airplanes. While there is concentration of military aircraft, I also profile some civil airplanes.

Companies like Republic, North American, Grumman, Boeing, Lockheed, and Bell turned out 100,000 fighter planes and tens of thousands of bombers.

All the combatant nations, USA, Germany, Japan, Britain, struggled to keep their aircraft up-to-date, almost constantly modifying them and introducing new variants. The Spitfire went through over twenty variants. The Bf-109 evolved through eleven major production variants, plus uncounted sub-types and experimentals. A constant trend emerged - to push the basic airframe design to it limits and beyond with more powerful engines, more weapons, more armor protection, larger fuel tanks, etc. The Bf 109 exemplified this trend. The Bf 109B, first introduced in 1937 was powered by a 610 hp engine; by 1944, the Bf 109K carried an 1800 hp engine.

You can read here about their technical development and production, see photographs, read contemporary pilots' descriptions, see detailed data tables about them, etc. It is a vast subject, with innumerable details; please do not hesitate to email me with any errors, discrepancies, or questions.

Some great pictures of World War 2 airplanes are in:

Even now, decades later, WWII aircraft wrecks continue to be found and recovered. Just in the past ten years, Glacier Girl, a P-38, was extracted from the ice in Greenland, Antoine Saint-Exupery's P-38 was found off France, and another P-38 was revealed by shifting sands on a beach in Wales. But not only P-38s, but other types as well continue to be located.

An in-line engine refers to an internal combustion engine with banks rather than rows of cylinders, including straight and V engines. Usually found in 4- and 6-cylinder configurations, the straight engine has all cylinders aligned in one line, with no or only minimal offset. The radial engine is an internal combustion engine in which the cylinders are arranged around a central crankshaft like the spokes on a wheel. Airplanes with radial engines have a distinctive, large, round nose. Radial engines were very common in aircraft engines between 1920 and 1950. The cylinders are connected to the crankshaft with a master-and-articulating-rod assembly.

Most bombers were powered by radial engines.

My friend, Fred Olds, doesn't need any kits. He builds airplane models from scratch, out of poplar wood! Take a look at some of his fine craftsmanship on the Model Airplanes page.

Revell describes themselves as the leader in plastic model kits since 1945, and they are. They include a full line of World War Two aircraft. I once made a 1/72 scale P-51 Mustang with my son; and it was fine, but rather small, about five inches in wingspan. For fighter plane models, a 1/48 scale will be much more worthwhile. But a bomber model in 1/72 scale will suffice, since bombers were so much larger. Model-making is a specialty in it own right, and very difficult to make a model kit that looks like the beautiful examples we see in museums and schools, or like the P-40 shown on the left. But it can be fun, and certainly the smaller plastic kits from companies like Revell are inexpensive. My only hint or suggestion is to decide whether you want to paint it or not first. And, if you are going to paint it, do so BEFORE assembling the kit.

Here are a few sample rows from Navy's Fighting Squadrons in World War Two. Many other high-scoring squadrons are included in the full table.

Here are a few sample rows from Aerial Victories of Naval Fighter Planes:

The table continues and includes every month of the war, through August, 1945.

America's Hundred Thousand also provides details of each U.S. World War II production fighter in terms of models and changes, numbers produced, and major engine and aircraft performance aspects - in tabular and graphical form - details of weights, discussion of handling qualities and general comments, along with detailed descriptions containing many illustrations of aircraft structures and systems showing the technology of that time. In addition a comprehensive week-to-week and month-to-month chronology of development and wartime combat operational life for each fighter is provided, including many photos. This study concludes with comparisons of the eleven types in terms of program milestones, aircraft drag, power available at various altitudes, speed, climb, rolling and turning, acceleration, and diving performance, as well as general evaluations by World War II pilots.