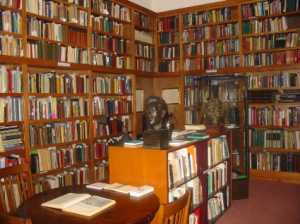 Originally much of the information included on these web pages came from other aviation history web sites. I hope that I have added some value, in bringing it together, adding some missing pieces, and putting it together in a consistent fashion. I have also written many of the pages/articles based on WW2 aviation books. Obviously, this is a simple site, without many photos or fancy graphics. There are a lot of those on the web, and I don't have much to add in those areas. Here are some links to other interesting WWII aviation pages:

Here are a few of the best, most comprehensive "link"sites:

Actually, I'm not very qualified to write about this topic, because I haven't done any primary research. I've found everything on my website in published sources: books and other websites.

But since I've had a number of e-mails asking for help on this task, here are a few links which should help:

One thing I do know is that the better you can identify your relative, the better chance the administrators can find something. Name, rank, serial number, branch of service, unit, dates of service, date of birth, etc. are all very helpful.

Best Wishes on your searches

Please e-mail me (Webmaster) any additional, useful links or general advice on this topic, and I'll try to incorporate it.

MH - Medal of Honor, the country's highest military decoration. The Medal of Honor page on my site lists 15 WWII fighter pilots who earned the honor.

DFC - Distinguished Flying Cross, awarded for heroic flying missions.  The Eighth Air Force awarded over 41,000 DFCs!  While the other air forces were more conservative in their awards, it's safe to say that virtually all aces were awarded a DFC. In fact, Tommy Blackburn felt insulted when awarded a second DFC, instead of a higher distinction. As he related in The Jolly Rogers, he actually turned down the second DFC.

Many aces received multiple decorations. Other were awarded Oak Leaf Clusters for comparable acts of gallantry after the first decoration. This site does not present the full details of the aces' medals, just some sense of the "highest" medal awarded.

The tables also show the number of "kills." Perhaps this is an unfortunate choice of words. (The fighter pilot's basic goal was to destroy the enemy aircraft, not necessarily the pilot. In Europe, if not in the Pacific, there was at least an unwritten rule against shooting at fliers who had bailed out and were in parachutes, a rule that both Axis and Allied pilots seemed to adhere to.) Generally, the words 'kill', 'win', 'victory', and 'enemy aircraft destroyed' are used interchangeably. Occasionally the sources offer different numbers for the same pilot. I made no attempt to verify or correct these discrepancies. Where I found them, I just noted the alternative number in parentheses.

Another oddity results from the U.S. recognition of partial kills, whereby a pilot could be awarded half a kill, a third, or even a quarter. While that policy resulted in scores of .5 kills, .33 kills, and .25 kills; combinations of these could result in even odder fractions. The ace Philip C. De Long ended up with 11.166 kills.  The odd fractions resulted from his shared credit when three planes scored two kills (0.666 to each pilot), then he scored another half kill (0.5).  Also, I just showed everything to the nearest tenth, so De Long (with 11.166) shows as '11.2' (In contrast, the German Luftwaffe did not recognize partial victories.)

All the victories shown here are 'air-to-air' victories, which makes them comparable with other countries and with other wars. The US Eighth Air Force officially, but separately recognized 'ground' kills as well, due to the hazardous nature of that activity. Nonetheless most post-war discussions and rankings of aces use the 'air-to-air' numbers, as I do here.

Most important to realize, that all air forces from all countries in all theaters, over-counted their kills.  Post-war researchers have compared total American claims to total losses recorded by the Japanese, and determined that we over-claimed by about 50 to 100 percent.  For every 100 planes the Japanese records showed as destroyed, it seems the Americans counted about 150 to 200.  This is a very approximate statistic, and the Japanese over-count of their victories  is believed to be even worse.  On an individual basis, there's no way to account for it (revise each pilot's claim by some arbitrary percentage?), but in total, it's important to keep in mind.  As one source noted, all victory claims were made in good faith under extremely stressful conditions.

The planes shown for each ace in the table are the type of plan in which he scored the most victories. Some pilots, like Levi Chase scored in three types of planes; in his case P-40, P-47, and P-51.

How to talk like an aviation history expert about WWII fighter planes (the one minute version):

The radial vs. in-line engine debate is a WWII aviation hobbyist favorite. Be prepared to take a position! To really sound like an old pro, one may refer to any U.S. fighter radial engine as a "Pratt & Whitney".

Refer to 'Bf 109', not 'Me 109'. The 'Bf' is an abbreviation for 'Bayerische Flugzeuwerke', the original name of the Messerschmitt company. The Luftwaffe used the 'Bf 109' designation throughout the war. Note that contemporary American pilot accounts referred to 'Me-109s'.

Be familiar with the three main fighter plane weapons:

And understand the huge difference represented by these sizes. Because these measures are diameters and the weight/impact of a projectile is a function of its volume, the relationship between the different weapons depends on the CUBE of the diameter. What that means, approximately, is that a 50-caliber machine gun delivers a bullet that is THREE TIMES heavier than a 30-caliber. And a 20mm cannon shell is also about THREE TIMES heavier than a 50-caliber.

Thus, when Robert Johnson escaped from the FW-190 on his famous mission of June 26, 1943, he was very lucky that the German 20mm cannon wasn't working. While the FW-190's 7.9mm machine guns were firing, they were comparative pin-pricks to the seven-ton Thunderbolt.

Firing Rates. The U.S. Browning 50-caliber machine gun (one of the best machine guns in history) fired about 750 rounds per minute. This was comparable to other machine guns on both sides, of larger or smaller caliber.  However most 20mm cannon used in Axis airplanes had a significantly slower rate of fire.