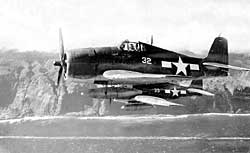 It is with great family pride and honor that I share with you the life of my tata: Arthur Van Haren Jr.

Born on April 9, 1920, in Superior, Arizona, my tata belonged to a Mexican-American pioneer Arizona family. His parents were born in Arizona during territorial days. His mother (my nanita), Rose Valenzuela, was of Mexican and Spanish descent and was born in Tucson. His father (my tatita), Arthur Van Haren Sr., was of Mexican and Dutch descent and was born in Florence.

With the assistance of United States Sen. Barry Goldwater, whom my tatita baby-sat as a young boy, my tata and his family were the first Mexican-Americans in Phoenix to be approved for a loan on a house north of Van Buren Street. Prior to this, Mexican-Americans were denied home mortgage loans and did not live north of this major east-west Phoenix boundary.

Secondly, he and his parents were part of a group of parishioners who founded the Immaculate Heart of Mary Catholic Church downtown. Prior to this, services for Mexican-American Catholics were in a basement.

His father, Arthur Sr., was a popular baseball umpire who was inducted into the Arizona Sports Hall of Fame. Arthur Jr. shared his father's passion for sports, becoming a star quarterback at Phoenix Union High School and the University of Arizona.

My tata gained fame as Arizona's top naval fighter-pilot ace during World War II. He served with Fighting Squadron 2 (VF-2), downing 12 enemy planes and earning numerous military decorations. After the war, he received his law degree from the University of Arizona in 1948.

I feel that the most important legacy that Arthur Van Haren Jr. left his family, community and myself was his passionate love of life, including his humility and compassion to those in need, and his love for others that he knew and did not yet know.

My tata excelled in an Anglo-dominated sports and legal world, but never forgot his rich Mexican-American roots.