Guy Bordelon earned his wings as a Naval Aviator in 1943. He became a 'plowback' instructor at Kingville Texas, but not because he was a good pilot at that time. He barely squeaked through the Navy's flight school, almost washing out. He later told his daughter, Michelle, "Being kept back from going out to the fleet was the best thing that could have happened to me, because then I really learned how to fly."

He was training with an FM-2 Wildcat squadron when the War ended. He received a Regular Navy commission and stayed in the military. In 1951, he was assistant gunnery officer on the CA-75 Helena, in action off Korea. He was a thorough professional and did his job well, but was unhappy at the harassment he suffered under his "black-shoe Navy" CO, who hated aviators.

He was delighted to be ordered back to flight duty with Composite Squadron 3 (VC-3), an all-weather fighter squadron then at Moffet Field in California. This oversize squadron was equipped with F4U-5N Corsairs night fighters; its pilots underwent specialized training; both planes and pilots were supported by specialist ground crews. VC-3 was then broken up into 5-plane detachments, for assignment to individual carriers.

Bordelon joined USS Princeton (CVA-37) for its second 9 month cruise of the Korean War. As night fighters, Bordelon's unit had unique requirements that the naval bureaucracy had difficulty supporting, even down to the Corsairs' tailhooks. Starting in late October of 1952, they began nighttime strikes against North Korean road and rail targets. Like all ground attack missions, these were very hazardous - low level flying, exposed to intense flak, and subject to vertigo in the dark compounded by the smoke of battle. On one occasion, while strafing a supply column of Chicom trucks on a mountain road, he noticed that his tracers were bouncing up and flying back over the top of his cockpit. He immediately pulled up, just barely missing flying into the side of a mountain. When he was telling his grandchildren about this many years later, his wife, who was listening said indignantly "You never told me about that!" He just smiled.

It was an endless game of move and counter-move by the UN forces and the Communists. When the UN air forces began hitting train hiding in tunnels, the North Korean built smoky fires inside the tunnels to decoy the strike aircraft. Eventually the attackers caught on, and only used their bomb loads if they actually saw a train going into a tunnel. Carrier operations off Korea were unglamorous but dangerous; the pilots flew constant missions against ground targets, exposing themselves to the very real dangers of anti-aircraft fire and operational accidents.

The following details from Princeton's official Action Report for 13 April - 19 May 1953 give a sense of these activities. Princeton sortied from Yokosuka Harbor on April 13 to operate off Korea's eastern coast, in the icy Sea of Japan. They were "on station" for just about 30 days, with three days at the start and end of period in transit. Aboard were over 3,000 officers and enlisted men; 750 in the Air Group, of whom 129 were officers (mostly pilots). In this one month, seven pilots were killed.

They flew a wide variety of missions:

Weather permitting, they flew air missions three days out of four; on the fourth day the ship replenished fuel, ammunition, aviation gasoline, and other supplies. In this one month, they replenished supplies on 8 days, "air operations were limited due to inclement weather" on 6 days, and they flew full air operations on 16 days. May 6 was a typical day of full air ops; they flew 101 sorties, attacking a mining area and troop concentrations. "Two strikes against the Komdok mining area destroyed a processing plant, several other buildings, and started many fires. Cherokee and close air support strikes effectively demolished supply shelters and front-line artillery positions."

Two pilots were lost this day:

This was the air war in Korea: grinding, dirty, exacting, not at all romantic, but very dangerous.

It's easy to deride military bureaucracy; I grew up in an era when "military intelligence" was the most common example of an oxymoron. But these reports (there are lots of them, not just Princeton), impressed me.

The crew's welfare was a top concern, every aspect: from showing the daily movie three times so that everyone could see it, to medical reports (including 19 cases of gonorrhea), to Air Department safety, to ensuring good food, and training and education. The report also includes a lengthy section on the impact of extended tours and details of the band activities (15 concerts, average attendance 50 men), the hobby shop, and the souvenir stand.

On the mechanical side, apparently no detail was too small. Ammunition stoppages (one round per 1800 for the twenty-millimeter guns and one round per 8,500 for the fifty caliber machine guns) were reported. Hung ordnance on returning aircraft was a big concern. So were the pilots' survival suits. During the month, three planes engaged the crash barriers: each incident was written up. Even such minutiae as the caulking used on the wooden flight decks, its defects, and a proposed improvement were noted.

Bordelon called Princeton a "happy ship," which the Action Reports support. But he was pleased to be detailed to the Seoul area in June 1953, to help the 'Bedcheck Charlie' raids which had just detroyed millions of gallons of aviation fuel and countless other valuable supplies. The Air Force jets flew too fast to counter the slow-moving, prop-driven WWII-vintage planes used by the North Koreans for these harassment raids. Thus Bordelon's F4U's were called in and assigned to operate from a Marine base.

On the night of June 29, 1953, the Marine radar operator at K-16 air base at Pyongtaek picked up a bogey. Bordelon was alerted and took off in his F4U-5N Corsair night fighter. The ground control radar quickly vectored him onto the intruder's tail, which Bordelon identified as a Yak-18. The Yak-18 was a Russian two-seat trainer, powered by a 5-cylinder radial engine, capable of 140 knots top speed. Not as antiquated as the earlier Po-2 "Bedcheck Charlies," but still quite 'stealthy' in today's jargon. The Yak-18 rear gunner opened up first, but Bordelon's four 20mm cannon, loaded with high explosive incendiary shells, tore into the intruder and blew it out of the sky.

As soon as he reported the kill, ground control vectored him onto a second bogey, another Yak-18! Once again the rear gunner fired on Bordelon, but to no avail, as the Corsair's cannons opened up and flamed the airplane. Bordelon saw it break up into large pieces, burning and falling to the ground. 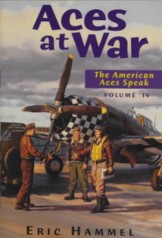 The next night, June 30, he was flying CAP north of Inchon, when once again he was vectored onto some unknown targets. He got behind the bogeys, which he identified as Lavochin La-11 fighters. Bordelon's own words, from Eric Hammel's Aces at War, Vol. 4, pick up the story:

The La-11s were in a loose trail formation, so I pulled in right behind the rear aircraft and gave a "Tallyho!" on enemy bogeys. I was cleared to fire, and at once opened on my targeted La-11. Two short bursts of cannon fire was all it took. This La-11 began to burn, and it dove straight down into the ground.

The lead fighter started to follow the burning aircraft down, but I closed to point-blank range and immediately opened fire on it. This target turned left, then right, and started to climb as I gave him another burst. With that, he exploded in flames and fell apart. I followed the largest burning mass down to 500 feet and saw it crash near my first kill. "Over so fast?" I thought.

With four kills in two nights, Bordelon was on a pace unparalleled in the Korean War, which was definitely not a 'target-rich environment.' For the next two weeks, the North Koreans didn't send down any "Bedcheck Charlies," but Bordelon was kept busy, being vectored onto friendly airplanes! Luckily, he didn't shoot at any of them. One night he closed in on two Tupolev Tu-2 bombers, but couldn't fire because of a disconnected wire in his direction finder gear. What he did then was incredible: putting on full throttle, he pulled two miles ahead of the Tu-2s. Turning directly at them, he dropped his landing gear and turned on his landing light. He was almost on them when they panicked: one dove straight down, possibly into the ocean, the other just missed him and pulled straight up. He had broken up their bombing run on Inchon.

On the night of July 16, 1953, he went up after another bogey. The joint operations center vectored him onto a fast moving target, and after several minutes, he picked up the blip on his radar. He could see the distinctive exhaust flame pattern of an La-11. He called it in, and immediately received permission to fire. Perhaps their frequency was being monitored, because as soon as he was cleared to fire, the La-11 began violent evasive maneuvers. Bordelon stayed with him through AA and got the range. When he fired a long burst from his four cannon, the La-11 exploded like a bomb. Briefly blinded, Bordelon switched on his Corsair's autopilot, which promptly righted the aircraft.

When Bordelon, "the Navy's first prop ace in Korea," returned to USS Princeton, he was welcomed by the ship's band, banners, marine sideboys, and a personal greeting by the Commanding Officer, Captain O.C. Gregg. Princeton's official action report further noted, "Movies and still pictures were taken." His fine Corsair didn't fare as well; it was wrecked shortly afterward in an accident while another pilot was flying it. (It was an Air Force reservist that crashed the plane, a point that Bordelon enjoyed making at later Fighter Ace's Association gatherings.) He was awarded the Navy Cross for his service in Korea. He made a career of the United States Navy, staying in for 27 years, until his retirement in 1969. Among his assignments, he was involved in recovery of the Apollo astronauts.