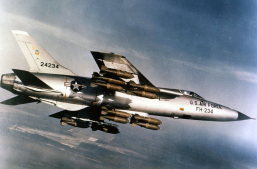 Ace in Korea, POW in Vietnam

"Brrrrt! Brrrrrt! Brrrrrrrrt!" The phone in the cold alert shack rang insistently. 1st. Lt. Albert Smiley ignored it. Kasler ran in and picked it up. "Scramble! Scramble!" a voice hollered. Kasler glared at Smiley, who explained, "I knew someone would answer it."

The 4th FIW Sabres took off and headed for MiG Alley, over the Yalu. Certain that the MiGs were there, descending towards Antung, Jim Kasler punched off his drop tanks and dove toward the Communist air base. He and Smiley caught the MiGs just as they were about to land. "Kas" got behind the lead MiG, opened up, and his gunfire tore it apart. its canopy gone, its pilot engulfed in fire, the MiG arched down in a flaming trail. Another MiG threatened Smiley (who had just torched one of his own), and Kasler called for him to break.

Kasler chased a MiG for about 50 miles on the deck, refusing flight commander Phil "Casey" Colman's entreaties to call it a day. The MiG pulled an Immelmann, but Kasler caught him with a burst when he started down. The MiG splattered in the mud flats just below, and Kasler pulled back on the stick mightily, to avoid sharing his victim's fate. He cleared and called triumphantly to Colman, "Casey, I'm an ace."

He was so thrilled, that Smiley got off the hook for his indolence.

James Helms Kasler, born on 2 May 1926 in South Bend, Indiana, joined the USAAF in May 1944 after graduating from Shortridge High School, Indianapolis, Indiana. Serving in the enlisted ranks, he spent his two-year enlistment as a B-29 gunner and saw combat over Japan.

Following the war, Kasler attended Butler University in Indianapolis for three years. He entered the U.S. Air Force pilot training program in January 1950 and received his wings on 24 March 1951 at Williams AFB, Arizona. Following a brief assignment to Presque Isle, Maine, in November 1951 he was sent to Korea and assigned to the 335th Fighter-Interceptor Squadron, 4th Fighter-Interceptor Group.

Flying the F-86 Sabrejet, Kasler was credited with his first aerial victory on 1 April 1952, downing one MiG-15 near Wongsong-dong and damaging a second east of Sinuiju. He shot down another MiG near Okkang-dong on 21 April. Action picked up in May, and he was credited with four more MiG-15s - one on the 4th, two on the 15th and the fourth on the 25th. Kasler returned to the United States in July 1952 and during the next 11 years served in Canada, Turner AFB, Georgia, Seymour Johnson AFB, North Carolina, and Breitburg Air Base, Germany, flying a variety of jet fighters. In 1963 he received his bachelor of science degree from the University of Nebraska.

In February 1966 he went to Tahkli Air Base, Thailand as the operations officer for the 354th Tactical Fighter Squadron of the 355th Wing.

The American defense chiefs were slowly escalating the war, and had recently decided to broaden the bombing of North Vietnam to include industrial targets like the Hanoi POL (petroleum, oil, & lubricant) facility. On June 21, Kasler learned of the impending strike and began to select pilots, draw up the precise navigation plans, and studying Hanoi's formidable aerial defenses. North Vietnam had the strongest anti-aircraft defenses in history: over 7,000 AA guns of 37mm or larger, and batteries of radar-controlled SAM's ringing Hanoi. By midnight on the 28th, their plans were complete, down to detailed route charts, folded accordian-style. Minutes before the 0830 mission briefing, Major Kasler was invited to lead the mission, much to his surprise, and to the discomfort of Colonel Holt, who otherwise would have led the large raid. The briefing focused on weather (clear) and winds (light and variable) - both perfect for fighter ops. Both wings, the 355th and the 388th, would would approach the target from the south, to minimize the chances of a bomb ending up in the city of Hanoi. Each plane carried eight 750-pound bombs.

Take-off weight 51,000 pounds, near maximum for the Republic F-105 Thunderchief. Kasler rolled down the runway and lifted off at 235 knots. Airborne, he headed north for the rendezvous with the aerial tankers. They refueled uneventfully and were three minutes ahead of schedule. Kasler led the Thuds in a circle to kill the 180 seconds. Twenty minutes later, they were over the Red River and Kasler began to lose altitude, until they were 300 feet off the ground, at the base of "Thud Ridge," the landmark mountain range that ran east-west across North Vietnam's mid-section.

As they dropped tanks, they could see smoke rising up from the POL tanks, already hit by Navy jets. Flak blossomed all around them, even at 300 feet. The NVA gunners must have had their 85mm and 100mm pieces at zero elevation. Amidst the smoke from the target and puffs of anti-aircraft fire, Kasler called for afterburners and went into his bomb run. Big fat oil tanks filled his view; he dropped his bombs and rolled away to the right. Turning back, he saw the fuel tanks erupting into huge billowing fireballs, thousands of feet high.

His flight crossed the Red River and the flak gunners switched to fighter-bombers behind him. Flying west, looking for targets of opportunity, he found a convoy of twenty-five trucks. The Thuds blasted them with 20mm cannon fire, destroying at least half of them. He glanced back at Hanoi, now 35 miles behind. A pillar of black smoke towered up, over six miles high.

The Hanoi POL strike was very successful. Over 90 percent of the facility was destroyed and the Vietnamese abandoned it altogether.

He was tortured repeatedly by his Communist captors, in an effort to get him to cooperate with their propaganda claims. In the early years, the prisoners were kept in isolation and rarely let out of their cells. The Vietnamese used isolation, sleep deprivation, starvation, as well as physical pain to try to break Kasler down. His worst session came in June 1968:

The Vietnamese were attempting to force me to meet a delegation and appear before TV cameras on the occasion of the supposed 30000th American airplane ever North Vietnam. I couldn't say the things they were trying to force me to say. I was tortured for six weeks. I went through the ropes and irons ten times. I was denied sleep for five days and during three of these was beaten every hour on the hour with a fan belt. During the entire period I was on a starvation diet. I was very sick during this period. I had contacted osteomyelitis in early 1967 and had a massive bone infection in my right leg.

They would wrap a my leg before each torture session so I wouldn't get pus or blood all over the floor of the interrogation room. During this time they beat my face to a pulp. I couldn't get my teeth apart for five days. My ear drum was ruptured, one of my ribs broken and the pin in my right leg was broken loose and driven up into my hip.

I lay in agony for six months until I was given an operation in January of 1969.

Kasler shared the infamous Room 7 of the "Hanoi Hilton" with other great heroes like Robinson Risner, James Stockdale, Bud Day, John McCain, Larry Guarino, and Jeremiah Denton. He never cooperated with the North Vietnamese and survived to return home in March, 1973, after six and one-half years in captivity.

In July 1974 Kasler was assigned as vice commander of the 366th Tactical Fighter Wing at Mountain Home AFB, Idaho and remained in that capacity until his retirement as a colonel on 1 May 1975.